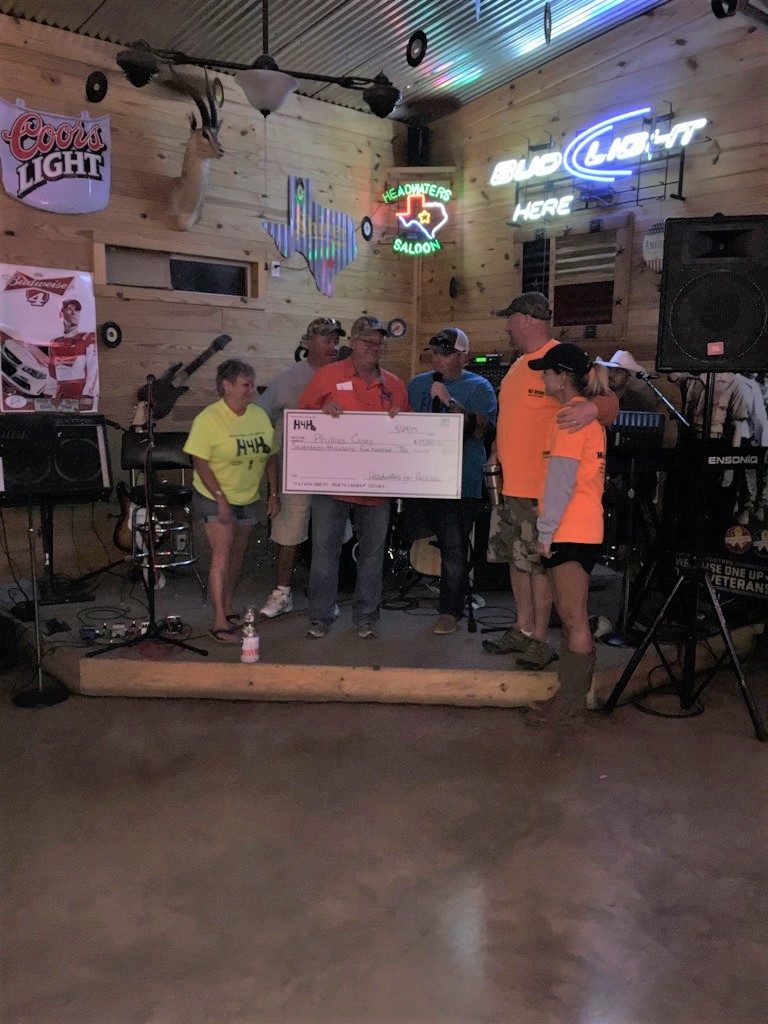 The 5th Annual Headwaters for Heroes Combat Veterans Benefit is now past us.
And I am not certain how to put it into words, except WOW!!!!!
This was by far the best event we have ever had. The day started with a windy but nice day and 25 teams competing in our sporting clay shoot. We had men, women, kids, veterans, and active duty military entered in the sporting clay shoot. Many thanks to Tournament Targets for running a smooth fast paced shoot.
The sporting clay shoot was followed by an incredible BBQ and Craw fish Boil. The H4H Cookers and the our Louisiana Bunch did an awesome job. With Pastor Mike Weaver of Wild Ride Ministries providing the blessing over the meal, and the Harper Boy Scouts Troop #139 posting the colors showing the patriotism of the community.
We then rolled into the live auction with a diverse group of items, that certainly must have pleased those that attended, and thanks to our auctioneer Danny Feller the auction moved along at great pace. many buyers bidding on some great items from guns to hunts to jewelry to art work.
There were two highlights of the auction. The first being the sale of the G2 Ranch hunt. Phillips Casey one of our Purple Heart Veterans had the opportunity last year to hunt at the G2. Phillips Casey is also heading to Australia for a cutting edge surgery that will allow him to finally receive a prosthetic leg that will allow to walk without the aid of crutches. We dedicated the proceeds of the sale of the G2 Ranch hunt to help Phillips Casey with travel and living expenses to have this procedure done. Our attendees came together and opened their check books and what a wild ride it was, but in the end we raised $17,500.00 for Phillips Casey and his family to make the trip to Australia. H4H will monitor the trip and the procedure and will keep you posted as to his progress.
The second was the sale of the Chris Kyle painting that was done by one of local high school girls Hallie Perry. This painting sold and then was donated back and when it was all said and done we raised $7,500.00. What a tribute to a true American hero.
The night ended with a dance and music by Felix Truvere.
Like I said it was an incredible event with our total monies brought in being $94,000.00, like I said earlier WOW!!!
I cannot begin to thank our host’s enough, Vic and Lori Hollender the owner of Headwaters Saloon. I also cannot thank our fantastic volunteers who work countless hours putting this event together. That is the beauty of Headwaters for Heroes it is a group of like hearted people making this all possible.
Keep an eye what Headwaters for heroes has coming, we will doing events and entertaining our veterans with either fishing or hunting events every month from now until the end of the year, thanks to all of you that took part in the 5th Annual Headwaters for Heroes Combat Veterans Benefit.
It is not to late to donate, so pass the word.
Thank You For Your Support.
By H4H| 2017-05-13T14:41:59+00:00 May 2nd, 2017|Benefit, Casey's Corner|0 Comments
Read More

WOW!!! What a Veterans Day, we could not have planned a better Veterans Day then one we had at the G2 Ranch located near Pearsall, Texas.

Headwaters for Heroes had the distinct honor of taking Phillips Casey one of our Purple Heart Heroes to the incredible G2 Ranch near Pearsall, Texas for what has proved to be the opportunity of a life time.

We arrived at the G2 Ranch Friday Nov 11th, Veterans Day, early enough to qualify on the range, but with no real expectation getting into the blind that evening. However, the fine folks at the G2 Ranch had other plans. After Phillips Casey qualified with only two shots on the range, both shots touching in the bulls eye, Cody Campbell of the G2 informed us that the buck they had picked for our veteran had been moving the last few days and they wanted to get on with the hunt.

So that beautiful Veterans Day afternoon Phillips Casey along with his guide Ellis Cortez headed to the blind along with Cody Campbell who would be videotaping the hunt. The G2 crew had seen the buck at two different blinds during the week so they were not sure which blind he would actually show up at. So Randy Simpson and myself went to one blind to act as scouts and Phillips, Ellis, and Cody went to the other blind.

Sure enough late in the afternoon Randy and I got site of the buck, and was I blown away. Randy let the other guys know that we have seen the big boy, and he was heading past us and towards them.

The fine folks at the G2 wanted this to be the best Veterans Day possible. So Cody Campbell, Ellis Cortez, and Randy Simpson put their minds to it and made it happen.

Headwaters for Heroes cannot thank the fine folks at the G2 Ranch near Pearsall, Texas enough for making this, such a special Veterans Day for our Purple Heart Veteran Phillips Casey. A very special thanks goes out to Don & Sandy Gilchrist, Summer Haltom, and Paxton Gilchrist for their generosity and unwavering support for our veterans. The hunt was awesome, the food was awesome, but most of all the people were awesome. Please take the time to visit the G2 Ranch website to learn more about their operation www.g2ranch.com

Click on the picture to view it full size 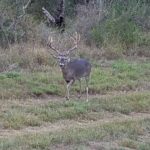 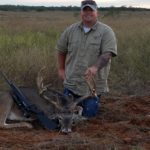 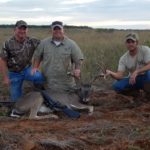 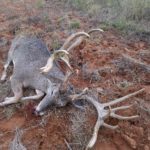 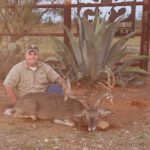 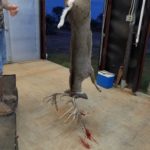 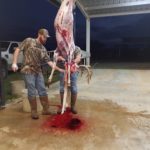 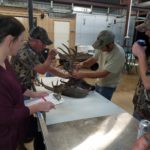 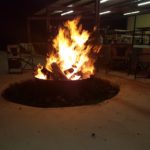 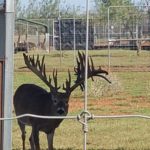 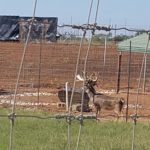 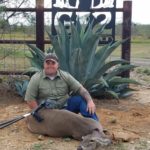 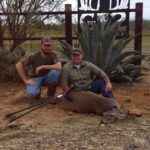 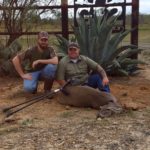 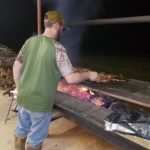 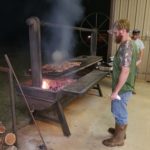 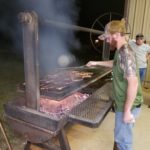 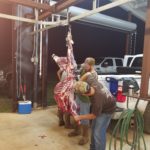 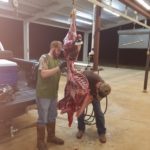 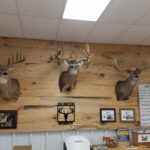